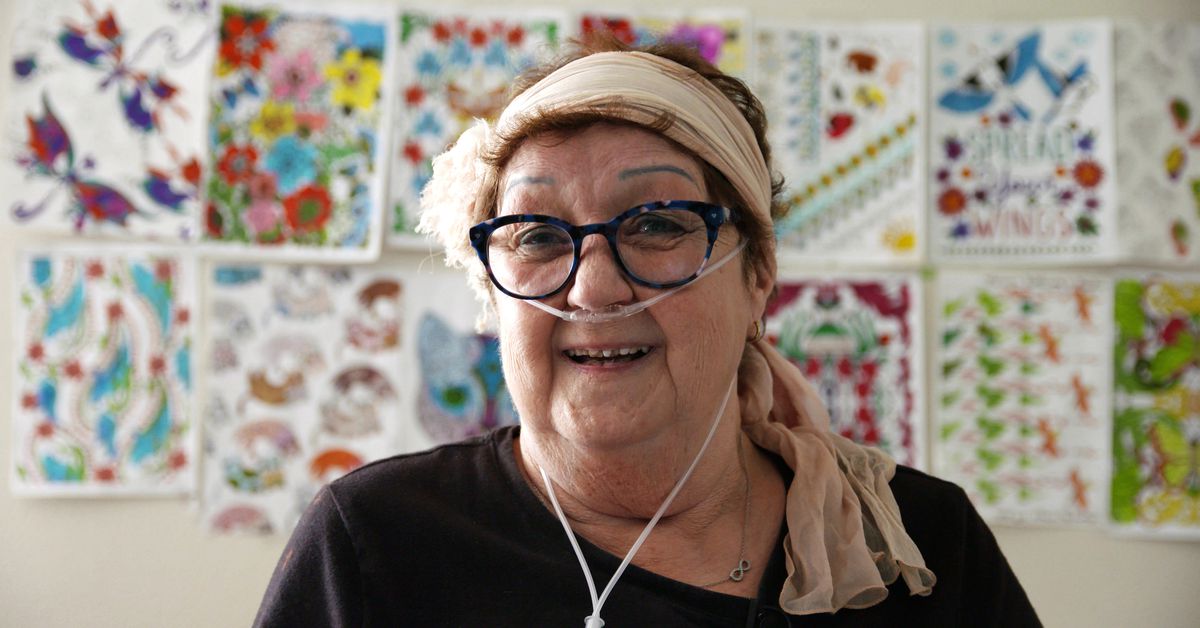 “This is my deathbed confession.”

So says Norma McCorvey at the beginning of AKA Jane Roe, a new documentary about her life as the plaintiff in the landmark 1973 Supreme Court case Roe v. Wade. When McCorvey, identified in court papers as Jane Roe, became pregnant in 1969, abortion was illegal in her state. She sued for the right to end her pregnancy, and though the case took years — enough time for her to give birth and place the child for adoption — she eventually won, establishing the right to an abortion for all Americans.

After Roe v. Wade was decided, McCorvey became an abortion-rights advocate. But then, in the 1990s, she had a public change of heart, teaming up with the anti-abortion group Operation Rescue and working to get Roe v. Wade overturned. McCorvey, who died in 2017, has become a crucial figure for anti-abortion advocates — a conservative film dramatizing her embrace of the anti-abortion movement is currently in the works, as Cassie da Costa notes at the Daily Beast.

But now there’s another chapter in McCorvey’s story. In AKA Jane Roe, filmed shortly before her death, she says that her transformation into an anti-abortion advocate was an act, and that she was paid to serve as a “trophy” for conservative groups. “I took their money and they put me out in front of the cameras and told me what to say,” she tells director Nick Sweeney.

McCorvey’s admission in the film, which premiers on FX on Friday, made headlines across the country and shocked many abortion-rights advocates — including McCorvey’s former attorney, Gloria Allred, who is featured in the documentary.

But some say it’s not surprising that McCorvey, who reversed course several times in her life, would do so again before she died. And while both sides of the abortion debate have at times claimed McCorvey as a symbol, the complexity of her life may make her more representative of most Americans’ feelings about abortion than if she’d stuck to one ideology.

“The fact that she was a complicated person who I think had complicated attitudes toward abortion throughout her life makes her a better symbol for abortion in America, because Americans’ views themselves are contradictory,” Mary Ziegler, a law professor at Florida State University and the author of Abortion and the Law in America: Roe v. Wade to the Present, told Vox.

McCorvey was an advocate for abortion rights. Then she very publicly changed her mind.

Norma McCorvey grew up poor in Louisiana and Texas, with an abusive mother and an absent father. Around the age of 10, she says in AKA Jane Roe, she and another girl ran away from home, robbed a gas station, and checked into a hotel. A hotel maid caught them kissing, and McCorvey was arrested and ultimately sent to a reform school.

Then, at 15, she was sent to live with a relative who sexually abused her. She was married at 16, to a husband who also abused her, and had a child who was ultimately adopted by her mother. She left her husband and had another child, who was also adopted. At 21, she became pregnant a third time. By then she was living on the streets, she says in AKA Jane Roe, and addicted to drugs and alcohol.

At the time, abortion was legal in some states, such as New York, but illegal in Texas, where McCorvey lived. She went to an illegal abortion doctor, but was too scared to go through with the procedure. “A lot of women didn’t make it out,” she says in the film. “They would bleed to death.”

Then McCorvey consulted an adoption attorney, who told her about Sarah Weddington and Linda Coffee, two attorneys who wanted to represent a woman seeking an abortion in Texas. They took her case, and it went all the way to the Supreme Court.

Essentially overnight, Roe v. Wade changed the landscape of abortion in America. Prior to 1973, people with unwanted pregnancies in states like Texas had few options: travel somewhere where abortion was legal, or visit the kind of facility that had so frightened McCorvey. But after the decision, legal abortion clinics began to open across the country. Meanwhile, Roe became the foundation for a number of court decisions that limited how much states could restrict abortion, as it was now affirmed as a constitutional right.

But the battle was far from over, as anti-abortion groups sprang up or expanded and began supporting restrictions on abortions. On the other side, abortion providers and advocates campaigned for widespread access to the procedure.

McCorvey first joined the latter camp. She approached Charlotte Taft, then the director of a clinic in Dallas, at an event in the 1980s and introduced herself, saying, “I’m Jane Roe,” Taft told Vox. She appeared at local abortion-rights events, then at national ones, represented by Allred.

But privately, McCorvey was conflicted about her role in the abortion debate. “On occasion, Norma would call me after she’d been drinking, and she would say things like, the playground is empty because of me,” Taft, who also appears in AKA Jane Roe, told Vox. “She had a lot of ambivalence, even about being Jane Roe.”

Then, in 1995, McCorvey was baptized as a Christian and joined the anti-abortion group Operation Rescue. She also disavowed the case that bore her pseudonym.

“We’ve had two generations of women — well, almost three generations now — of women who have grown up with Roe vs. Wade,” she said at the time. “They have literally been handed the right to slaughter their own children.”

At the time, McCorvey had been in a relationship with a woman, Connie Gonzales, for many years. But after her baptism, she said, “I am not a lesbian. I’m just a child in Christ now.”

Many on the anti-abortion side saw her conversion as a huge victory. “The heart of the person who most symbolized abortion in this country has been touched and captured, if you will,” Bill Price, the president of Texans United for Life, told the New York Times in 1995.

And ever since, for abortion opponents, McCorvey has been “a symbol of the idea that abortion had never helped women,” Ziegler, the law professor, said. “If it hadn’t helped McCorvey, and McCorvey hadn’t really been in favor of abortion,” opponents asked, “then, really were any women benefitting from abortion?”

But with AKA Jane Roe, the narrative of McCorvey’s life has changed yet again. In the film, McCorvey tells Sweeney that she was, essentially, playing a part when she disavowed abortion as an activist with Operation Rescue. “I’m a good actress,” she says.

At the time of her “deathbed confession,” McCorvey also said that people should have the right to an abortion.

“If a young woman wants to have an abortion, fine,” she says. “It’s no skin off my ass. You know, that’s why they call it ‘choice.’”

McCorvey’s revelation, coming at the end of her life, is certainly incendiary. As Monica Hesse writes at the Washington Post, when the other participants in the documentary, including Allred, Schenck, and Taft, see the footage, “one by one, they all gasp.”

“Every part of me was surprised and shocked” to hear her words, Sweeney told Vox.

But others aren’t sure whether to take the confession at face value. Taft, for example, doesn’t believe that McCorvey simply became an anti-abortion activist for money. “I don’t think it’s at all that simple,” she said, noting McCorvey’s ambivalence about abortion. “The part of her that worried, ‘uh-oh, is this something wrong?’ needed to be cleansed,” she said.

And while McCorvey assures Sweeney in AKA Jane Roe that “I’m not acting now,” she’s always been a skilled architect of her own story, Ziegler said. “People on social media and in the media in general have been inclined to frame her as kind of a victim, someone who was manipulated by these social movements, but there are stories from very early on that she was a completely capable, independent actor who could manipulate people on her own.”

“The possibility that she could have been manipulating abortion opponents and getting paid to do it back in the day,” and even perhaps altering her story now to reach a more satisfying conclusion, “none of that would surprise me,” Ziegler said. “She was a complex woman with her own goals.”

In a way, that complexity perhaps makes her a more apt symbol for the abortion debate in America than she would be if she fit either side’s narrative more closely. As Ziegler notes, most Americans support Roe v. Wade and don’t want to see it overturned. But in some polls, majorities of Americans also favor restrictions on abortion, like banning it later in pregnancy. And in focus groups, voters’ views on abortion tend to be highly personal, and don’t necessarily line up with political party or ideology.

“Attitudes about abortion, when you get into the weeds, are so messy,” Ziegler said. “McCorvey being messy kind of captured that better than the perfect test-case plaintiff would.”

McCorvey’s story has implications for plaintiffs in future abortion cases

McCorvey has gotten so much attention in part because few women like her have been at the center of abortion cases — let alone the case that made abortion legal across America. Today, most abortion suits are brought by clinics and doctors, not by patients.

But a case before the Supreme Court now, June Medical Services v. Gee, could change that. In Gee, the state of Louisiana and abortion opponents are arguing that doctors do not have legal standing to bring suit on behalf of their patients. If the Supreme Court agrees with them, then more ordinary people like McCorvey, rather than those who have made abortion rights part of their life’s work, will find themselves at the center of incredibly controversial cases like Roe v. Wade.

In some ways, McCorvey’s story is “kind of a cautionary tale” for would-be future plaintiffs, Ziegler said. The kind of attention she received in the 1970s, 80s, and 90s would only be magnified for people who bring suit today, in an age of social media and wall-to-wall news coverage. “People who are in that position now would see what happened to McCorvey only more so,” Ziegler said. “The stakes for a plaintiff in a case like that would be even higher.”

But the story of the former Jane Roe is also a reminder that if more patients do become plaintiffs in abortion cases, Americans shouldn’t expect them to perfect symbols for reproductive rights or any other cause.

There’s a temptation “to reduce somebody like Norma to an emblem or a trophy,” Sweeney said, “and I think in doing that, we really dehumanize somebody, because we ignore their complexity.”

McCorvey “was at the center of this huge divisive issue,” he added, “but at the end of the day, she was just a person. She was Norma.”

Every day at Vox, we aim to answer your most important questions and provide you, and our audience around the world, with information that has the power to save lives. Our mission has never been more vital than it is in this moment: to empower you through understanding. Vox’s work is reaching more people than ever, but our distinctive brand of explanatory journalism takes resources — particularly during a pandemic and an economic downturn. Your financial contribution will not constitute a donation, but it will enable our staff to continue to offer free articles, videos, and podcasts at the quality and volume that this moment requires. Please consider making a contribution to Vox today. 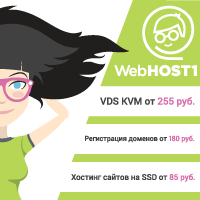